Mom told me one day why Dad’s African Violet plants in his office flourished.  “He talks to them,” she said.  “He teases them and tells them jokes.”  That was very Dad.  Once, on a trip to Gloucester, we sat eating breakfast and were admiring a rowboat on the front lawn, planted full to the brim with pansies.  Suddenly it began to rain.  Big drops fell on the pansies and my father insisted he could hear the pansies giggling.  It was then, I think, I thought about the interesting connection my father had with flowers.  Mr. Macho Dad had a soft spot for the flowering plants, well, more than a soft spot, a communication.

He wasn’t the only one who spoke of these things.  I spent much time in grammar school at the house of my Polish friend whose mother was an artist.  She told us about trees talking and, she used to say, talking to them made her feel happy.  At the time I did not think much of it.  But now, many years later, on walks, occasionally a tree will say something.  Utter a benevolent greeting.  And now, I find myself so in love with trees, I shoot portraits of them constantly, singly or in groups, with their “friends and relations.”

Any doubts I had about trees communicating were put to rest when I read in this paper, in J.Gordon Douglas’s column in the now defunct Dutchess CountyRegister Herald, about how trees in an area communicate with one another in planning their reproduction strategies for the season or warning each other chemically about caterpillar infestations.  Scientists are not sure how.  Maybe through the roots.

Not only do plants have feelings, they can also generate energy.  See the website by artist, Caleb Charland.  He used apple trees to generate light.  Perhaps one day we will use plants for alternative energy– just another amazing aspect to nature’s ways:

Of course, hearing them “talk” is a little different.  However, Valerie Wormwood, one of the world’s leading aromatherapists, in her book entitled The Fragrant Heavens, tells us not only does the earth hum but it emits a low frequency radio signal known as the ‘Shumann resonance” and this signal can be detected coming off trees. She relays that researchers in America wanted to know if this signal could be altered by human thoughts or feelings.  They had a group of people circle a tree and say Native American prayers, sending the tree love.  They attached electrodes like those measuring human brain waves to the tree. A response not only registered but the sensors went off the scale.  Clearly some form of communication went on, confirming my Polish friend’s mother’s belief and many others as well. When trees are cut down we are not only destroying the tree we are cutting down and giving it a terminal sentence as firewood or worse, but we are also upsetting all the trees around the “victim.”  The surrounding trees must witness their friend and neighbor being chopped down.  Do they feel outrage, fear, sadness?

We do know now that they feel something.  Wormwood tell us that in 1966 Cleve Backster, a lie detector expert in New York, had a group of students go into a room with 2 plants next to each other on a table.  One of the 6 students was chosen to “murder” one of the plants, hacking it to bits and then they all left the room.  After the attack Backster attached the lie detector to the “survivor” and had the students enter the room again one by one.  The sensors were quiet as the “innocent” students entered but when the “attacker” entered they started jumping “wildly.”  I think of this as I weed the gardens in the summer. Sometimes we are forced to cut down a tree and we must pick vegetables to eat.  And we have to weed the gardens.  But perhaps it is in how we do it.  If we can express gratitude and appreciation and maybe an apology.  Or if we could ask permission perhaps, as the Native Americans do.  When they take from the earth they give an offering as well.

The Native Americans had the real idea for giving thanks, for thanksgiving.  It was not about stuffing oneself with sweet potatoes and gorging on gravy and turkey.  They gave Thanksgiving to Spirit in the earth, in the trees, in the animals, for whatever they took. Flowers “giggle” and trees “talk”.  If only we would be attuned enough to listen.  Sentient beings surround us and we must follow the lead of the Native Americans at Thanksgiving and give thanks for what we take from the earth, and, of course, from the animal kingdom, and give back something in return.  Even if it is only words, but words with heart behind them, words that understand the sacrifice made by sentient beings for us, words that capture the true spirit of Thanksgiving. 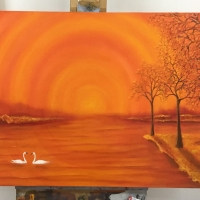 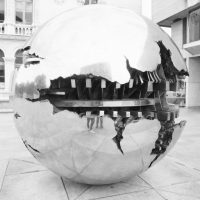 Artist Versifier
WORDS IN THE LIGHT

postcards from the present moment