Though I write about meditation, spirituality, animal rights, mental illness and nature on this blog, I would be remiss in not sharing my passion for Indian dance and Bollywood movies.  Bollywood movies, like Western movies, are vessels of escapism, but Bollywood movies add morality, family values and frequently, religion, into the mix.  The dance and music is uplifting and, yes, sensual, without resorting to the blatant obscenity of Western films.

In this excerpt from the film, “Khalnayak,” Madhuri Dixit and Sanjay Dutt star.  Madhuri is the diva of Indian dance and, in fact, I am taking free online lessons with her just for the fun of it. And fun it is.  Madhuri makes no bones about using one’s feminine wiles to beguile.  If interested the lessons are available at http://dancewithmadhuri.com.  Sanjay Dutt is the handsome, irresistibly vulnerable heartthrob of the Indian screen and he dances as well.  Most Bollywood stars not only act but dance, too.

In this scene, Madhuri Dixit plays an undercover cop acting as a dancer to allure and apprehend the soft-hearted criminal, Sanjay Dutt.  They have great chemistry and the dancing is definitely an earthly pleasure, a blatant manifestation of Maya, to which I am attached.  But I think I must follow to see where it leads.  Experiencing writer’s block and artist’s block at the moment, perhaps dance is good for my soul. Critics might say my interest arises from a Bipolar mania or an Asperger’s obsession.  Perhaps.  I don’t know.  I am certainly not manic at the moment. All I know is that the allure of this form of Maya is powerful, and to deny its existence may lead to the necessity of pursuing this manifestation of it in another life.  Paramahansa Yogananda says that all life is Maya, a picture show.  Perhaps by indulging in Bollywood films, I may get a new perspective on so-called “reality” and see it as Yogananda did, as a film show of the earthly passions, a dream from which we will awaken one day.

From the film “Dil To Pagal Hai” with Shah Rukh Kahn

most of Hollywood’s crass sexuality

all without so much as a kiss

but always with morality

and a touch to the feet

between a man and a woman

flung into your ears

in the loved one 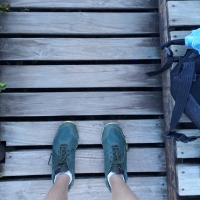 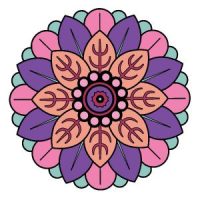 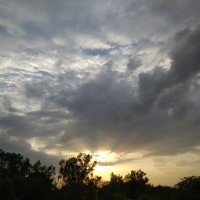 🐛 For Caterpillars Seeking The Butterfly Within 🦋

The official bulletin of the artist IMPREINT created to repost excerpts from 'En plein air'.

"I have enough time to rest, but I don't have a minute to waste". Come and catch me with your wise words and we will have some fun with our words of wisdom.